Offering the best, hardest to find, and most sought-after wines from around the world a few times a week selected by sommeliers.

We seek wine from winemakers who meticulously and sustainably work the land in proven vineyards; winemakers who use more natural, traditional techniques to produce their wines; winemakers who create wines that speak of a specific place. Join our mailing list for more information. 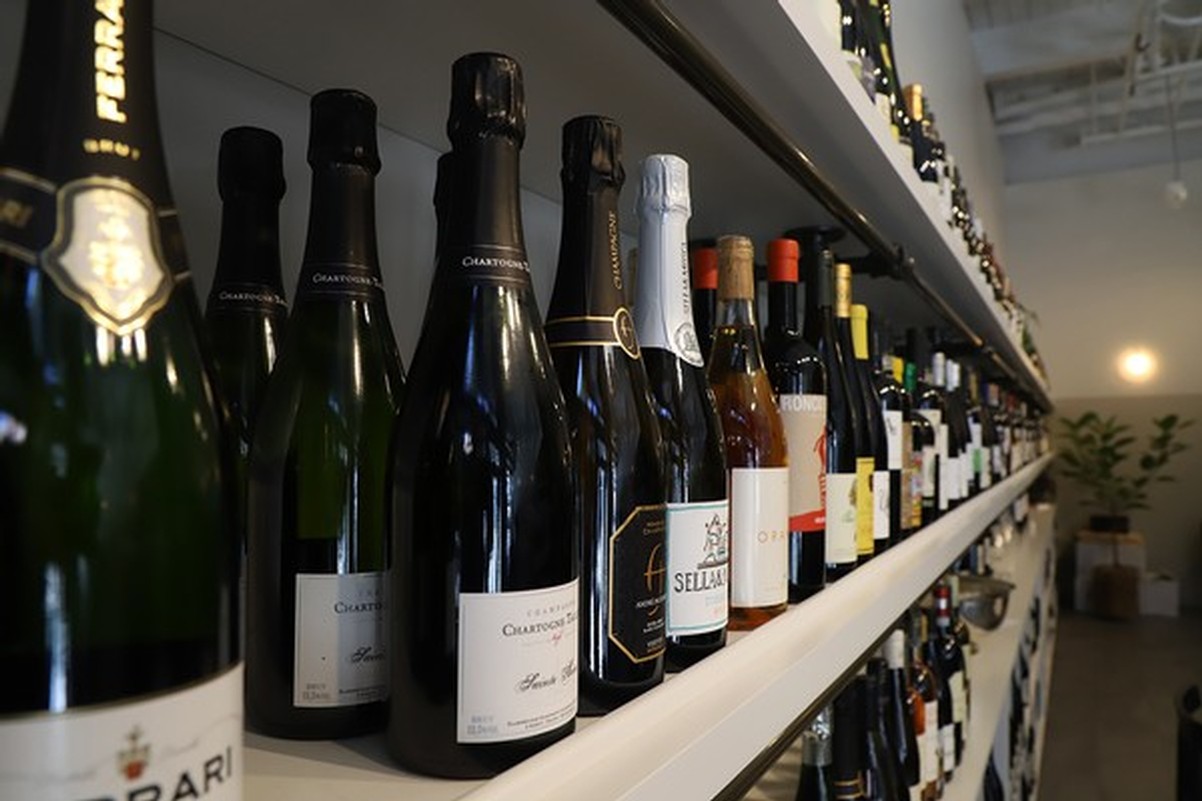 With decades of experience at the world's top restaurants, our sommeliers select some of the most sought-after wines produced by small family wineries from around the world. With an emphasis on acid-driven, lower alcohol, perfect-for-food wines from the Old World – think France, Italy, Spain, and beyond. We offer an ever-changing selection to pick up in person, deliver to your Seattle-area home, or ship far and wide. 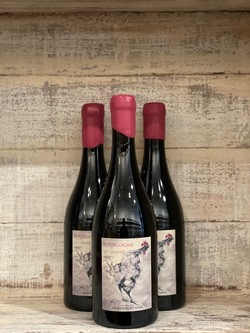 Ten years ago, sommeliers begged restaurant customers to try Pinot Noir. In most cases, the sommelier would often get a blank stare and an order for Napa Cabernet. Today, it's one of the most sought-after varieties in the world. From California, Oregon, New Zealand, and beyond, winemakers are finding the best spots for this notoriously difficult-to-grow grape. Historically, however, the home of Pinot Noir is in the Burgundy region of France. 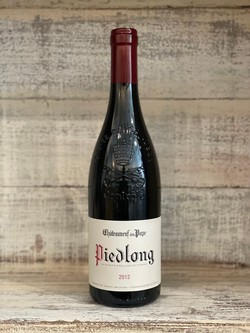 Aged Châteauneuf-du-Pape from Rhône royalty! The Brunier family of Vieux Télégraphe fame have made this special two-vineyard “Super Group” since 2011. Today you can get a ten-year-old gem to drink or add to your cellar. 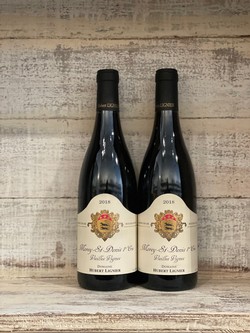 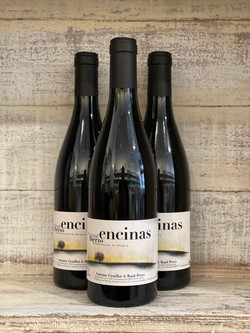 There are certain song duets that are so mesmerizing you want to hit repeat, then listen over, and over, again. "Under Pressure" is one of those which comes to mind immediately. The scale and power of Mercury's voice, with a hint of raspy Bowie in the chorus, is an amalgam of sheer genius. It's mainly Freddie, but David's addition to the chorus completes the song so perfectly it changes dramatically when he isn’t in the song when performed live.

Raul Pérez is known as one of the greatest winemakers and shepherds of Mencia in the region of Bierzo. His organic practices, minimalist intervention winemaking, and brilliance in delivering the individuality of single-vineyard sites in this tiny region can only be compared to single-vineyards in Burgundy.

Antoine Graillot is the son of the late, great Alain Graillot. Graillot founded his winery in Crozes-Hermitage in 1985 and quickly rose to fame by taking this lesser-known appellation and elevating it to the next level. Alain's recent passing caused ripples across the winemaking community because he was such a visionary, as well as an ardent activist for Crozes. However, the domain has been left in more than capable hands with his two sons Antoine and Maxime. Antoine has been the son to venture out a bit outside of the Rhône, and this is how "Encinas" has come to be.

Antoine and Raul decided to both "walk up to the mic" and create a duet of winemaking in Bierzo with Mencia that could only be a win, win outcome. Raul plays the part of Freddie, as he took fruit from three of his most well-known sites including his best vineyard Rapalao, which is located in Valtuille de Abajo. He also recommended longer skin maceration after fermentation to capture the amazing earth from the Mencia. Antoine plays the role of Bowie, adding the texture that the Graillot wines are known to have - silky smooth with a little raspiness. This came from utilizing concrete for fermentation. This was a practice which had been tried by others in Bierzo previously, but none had the expertise to know how to do it right. Add to that entire whole-cluster fermentation, and you have the recipe for having Mencia express itself in a similar way to Northern Rhône Syrah - so thank you, Antoine!

The end result is similar to "Under Pressure." There is a lot of Raul, along with just the right amount of Antoine thrown in. Dark fruits combine with some fresh red berries. The nose has a little raspy earthiness, like Brian May using a coin as a guitar pick. The palate becomes round and rich, like that of a great Crozes. The fruit becomes almost like a creamy dark cherry character with some dark earth. The finish is all Mencia, with a tart freshness and a little bit of tannin to balance it all out to "Give Ourselves One More Chance." 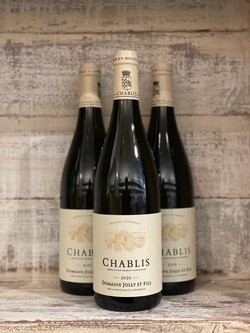 Long gone are the days of Orsen Wells hawking gallon jugs of California “Chablis” for Paul Masson, calling it ‘America’s most loved wine.” While a few California companies were grandfathered to use the name “Chablis,” true Chablis can only come from the Burgundy region of France. Orsen did kinda get one thing right - it is very loved today. If we hosted a BYOB for ten wine professionals, we would put the over/under of the Chablis bottles brought at four. Great Chablis is all about acid and earth - two components that are incredibly yummy as well as food versatile.

This Chablis from Domaine Jolly is sure to be that Chablis go to... 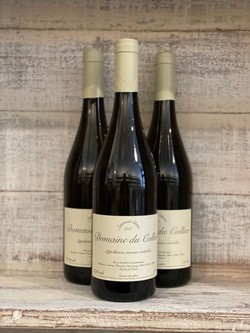 Our desire for white wine rises as spring approaches, especially for crispy, acid-driven earthy wines. The Loire Valley is the perfect place for these wines. Most wine drinkers are familiar with Sauvignon Blanc from Sancerre or Pouilly Fume. But the initiated drinker goes to Chenin Blanc, to Vouvray, Savennieres, and more recently Saumur. This region is not unknown, however. It's a world-class area for Cabernet Franc, with the most famous name being Clos Rougeard, an ethereal example of the variety. But in recent years, winemakers have recognized that Chenin Blanc can also be world-class, both complex and refreshing. 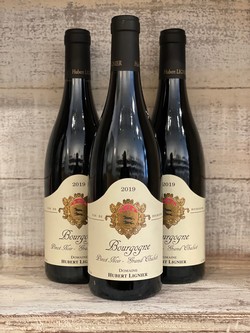 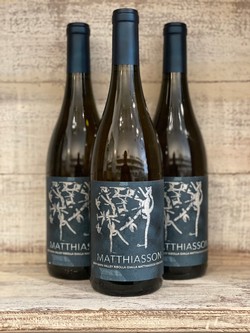 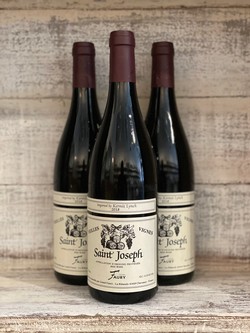 We obviously love Syrah - a lot. Both founders of 411 have many acres of Syrah planted in Walla Walla. When not drinking the great wines of Washington, we always look to the Rhone Valley, to Cote Rotie, Hermitage, and St Joseph. St Joseph might not be at the top of everyone's lips regarding the best Syrah appellations. Truth be told, unlike Cote Rotie and Hermitage, some St Joseph sites are sub-par. The region is large, twisting and turning as it follows the Rhone river south. Many vineyards are simply planted in the wrong spot  - on lesser soils or facing the wrong direction. So quality is variable. However, another class of St Joseph exists. Grown in the right place, most likely at the most southern end of the appellation, near Hermitage,  the wines rival or exceed the best of the Northern Rhone's most famous areas. 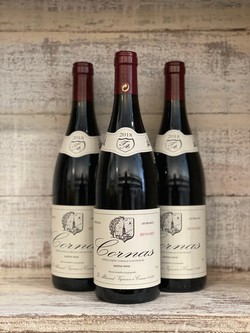 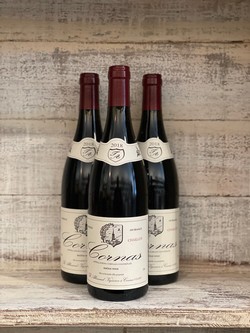 To add to our rarities today we offer you one of the most sought-after red wines from the Northern Rhône - Thierry Allemand Cornas "Chaillot". The Chaillot is comprised of vines from Chaillot, as well as some of the "Younger" vines from Reynard. Younger is a relative term, as the average age of vines going into this bottling is 40 years old. The Reynard vineyard is substantially older than that if that is any indication of Thierry's vines' ages. Those who know Allemand can rest assured you can't find this many places. We get our special few bottles and pass them along to you. These go for decades and have been some of our best wine experiences ever. 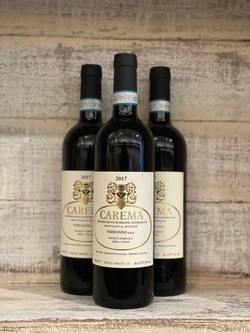